What a weekend! I bring this post to you from Interstate 26 as I leave the great city of Charleston, apparently also know as the Holy City. I just found out the origin of this nickname earlier today. Since religion has always been a big part of Charleston and its low skyline includes steeples from various churches throughout the city, it has been nicknamed the Holy City. Interesting right?

Well back to my weekend. I was down here visiting my sister for her 21st birthday. Yes, be scared, she was. 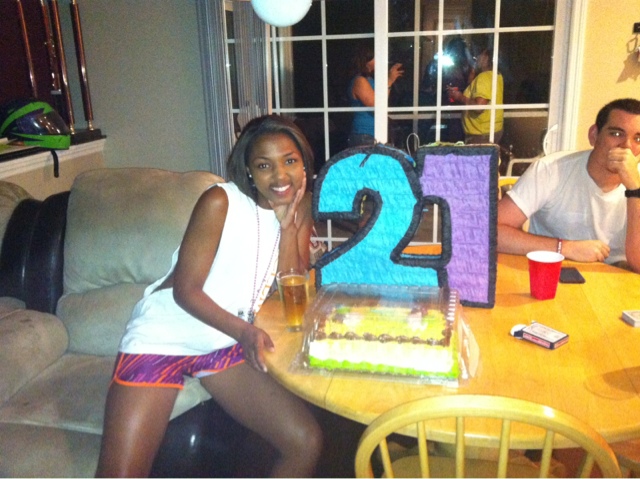 Friday
Captain Seahorse and I arrived Friday afternoon and came downtown. We were both hungry so we went to Market Street to find a restaurant for dinner. Captain Seahorse apparently had no time to wait because the first restaurant he saw we went to. Luckily it was a good one called Lowcountry Bistro.
After dinner we decided to take a walk, which led us to King Street. We checked out a few stores and decided to grab a couple of drinks. Earlier in the week I looked up cool bars in Charleston and found a list of dive bars, which listed a few off of King Street. We checked out one of the bars on our list called The Upper Deck, which we passed twice while looking for it.
After seeing a chalkboard hanging on a wall in an hallway we finally found it. The bar was practically empty when we arrived, which we didn’t have a problem with. I can definitely see why this bar is a hit with CofC students. It is right off of campus, cool staff and cheap drinks. I think we spent about $20 on about 7 drinks and a cup of bourbon soaked peaches. They also have bourbon soaked cherries. Soooo good and only 3 for $1. 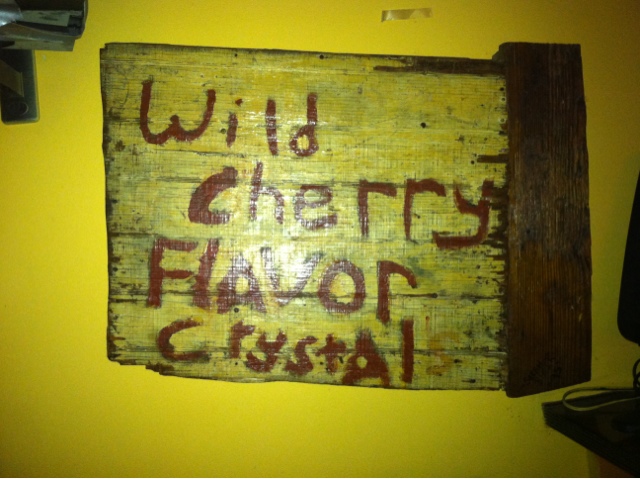 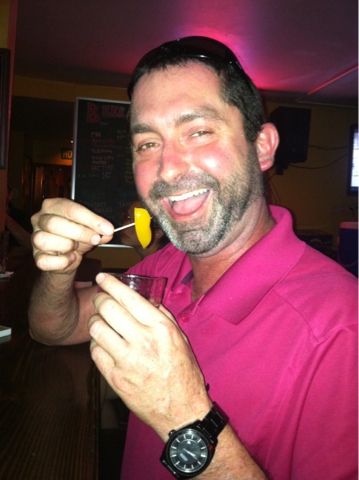 We ran into a little issue with our housing arrangement for the weekend so we kind of lived on the edge and got a room at the last minute. By last minute I mean 845 Friday night. Captain Seahorse heard about an app called HotelTonight. So he downloaded it and we booked a room, saving about $35 from the price we saw on Priceline.
After checking into our hotel, we went to my sister’s friends house for a house party. I’m not a fan of house parties to be honest, never have been but it was her birthday and I had her license so we went. It was fun, especially when she busted the piñata of mini bottles. Pretty cool idea, right? 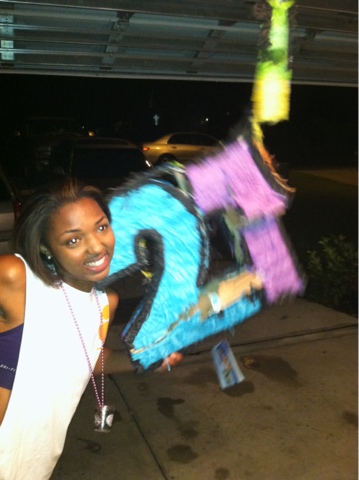 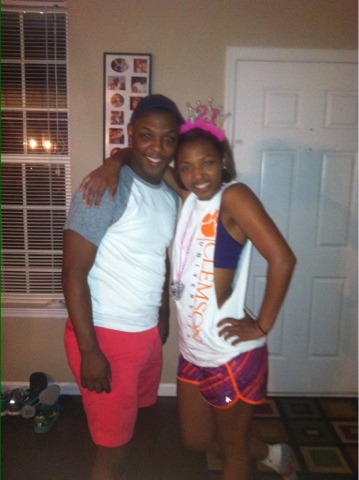 Saturday
All week I was doing research on places to eat and things to do in Charleston. I have visited several times before so tours and ghost walks weren’t at the top of my list. I did find a pub tour that peeked my interest, but chose not to do it even though it was very appropriate for the occasion. I ended up looking for the Charleston food trucks, thinking if I found out a few of there locations a party would be somewhere close. I was right! Dulce food truck let me to Irvin House Vineyard and winery for the annual Grape Stomp Festival.
Irvin House Vineyard is the only winery in the Charleston area and the home of Firefly Vodka. 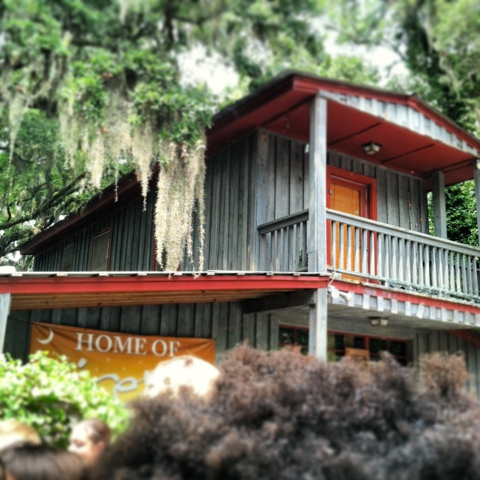 Luckily my old friend Ms Fro-dough had the day off and was able to tag along on this great adventure. It was amazing! Wine and Firefly tastings, live music, local vendors, some cool food trucks and an I Love Lucy look-alike contest. Carolina Creole food truck was there and the menu looked so good I got 2 things! The fried green tomato po boy with Cajun fried shrimp and crawfish macaroni and cheese. I also had a wine-a-rita, very refreshing. 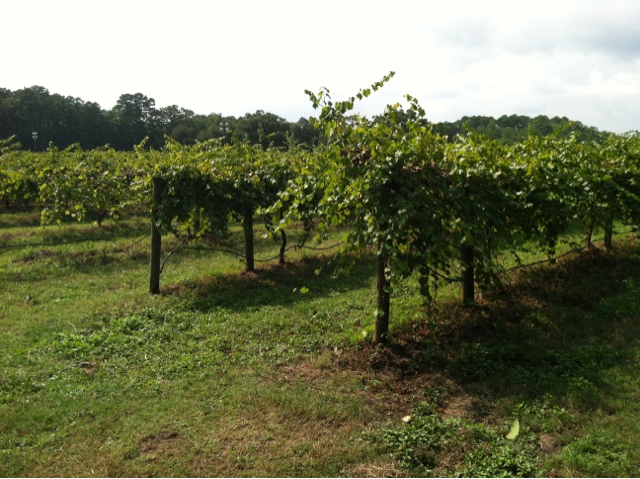 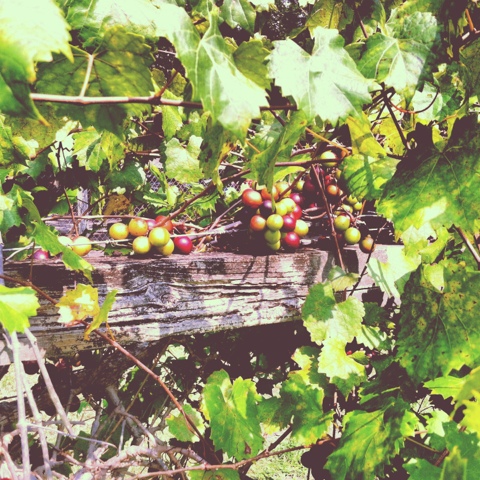 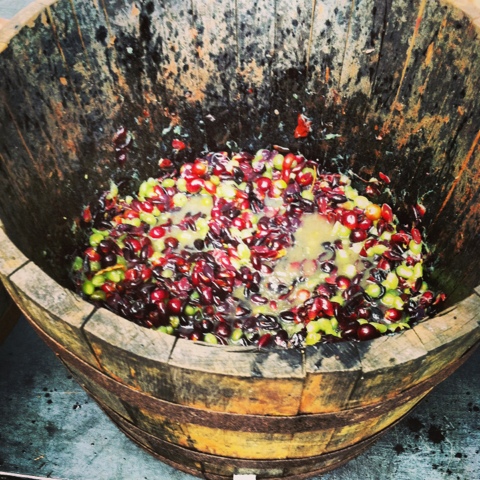 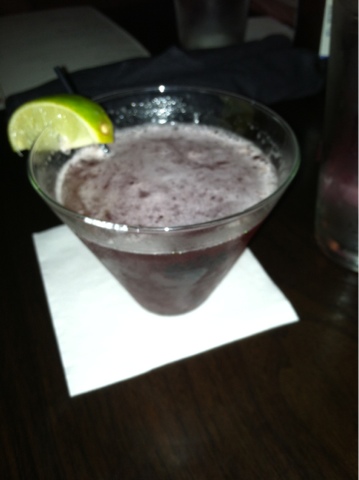 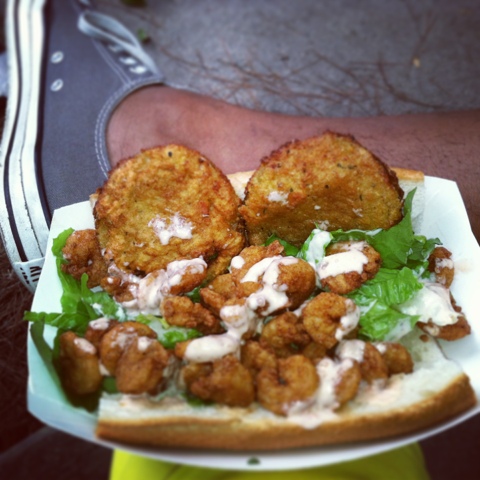 The day ended with dinner at T-Bonz on Market Street and a night of bar hopping beginning at Wet Willies and down King Street to the Embassy Suites. One of the most interesting bars we stopped at was called Mad River. It was the sanctuary of a church in its previous life. 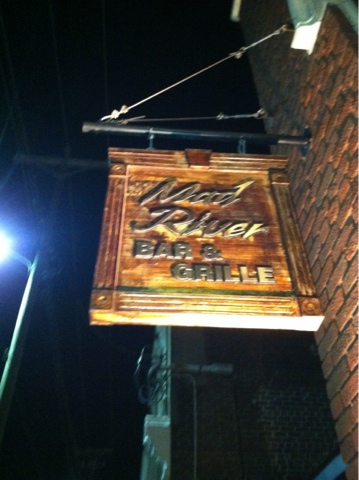 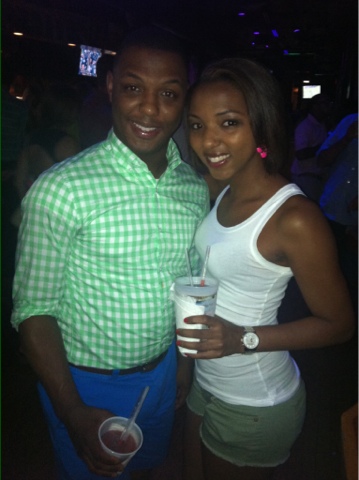 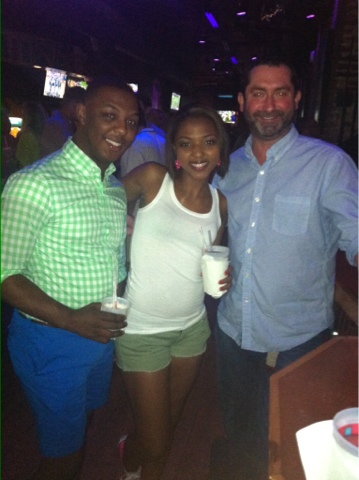 Sunday
Today was off to a slow start, due to the process of recovering, but we had reservations at Husk for brunch. We attempted to make dinner reservation on Monday but they were booked for dinner through the following Tuesday. I will write a review later. 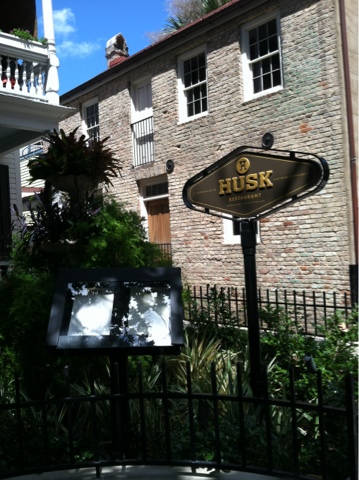 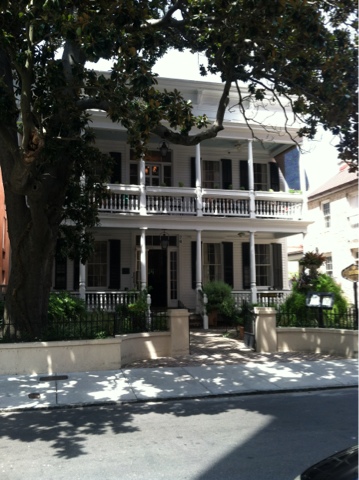 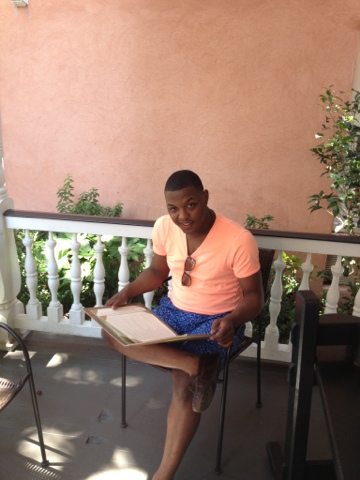 Our trip ended with the South Carolina Aquarium. Captain Seahorse had never been. It was a lot of fun. I do recommend it if you visit Charleston. A little word of advice, go to the visitor’s center to get your tickets. They are $19 versus the $29  at the aquarium and you can add on the 4D movie for only $5. 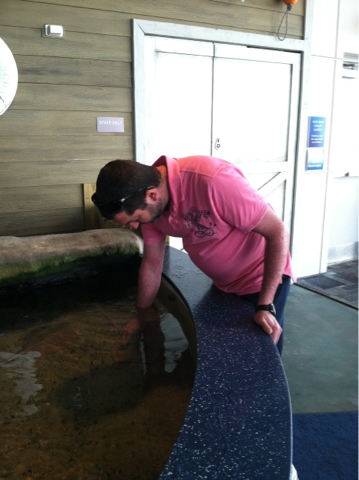 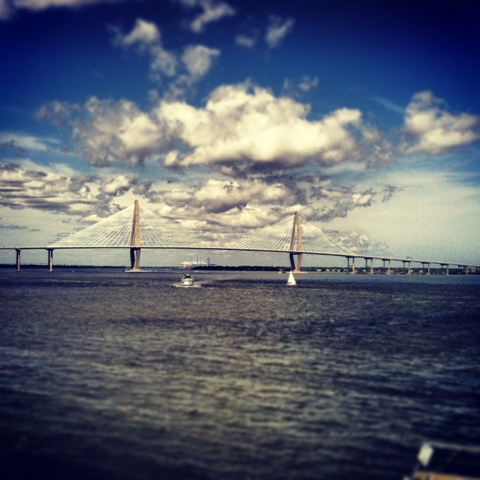