Yesterday was our last day in Indiana, we hit the road this morning. We had a pretty good day though. We did a little shopping and for dinner the whole family met in Indy for the First Friday Food Truck Festival. 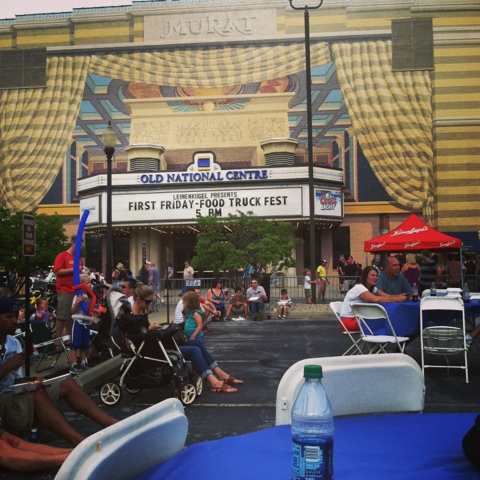 The First Friday Food Truck Festival happens every first Friday of the month during the spring and summer months in the parking lot of Old National Centre. The event brings food trucks from all over Indy to one spot for the evening and also host a band and DJ for the evening. 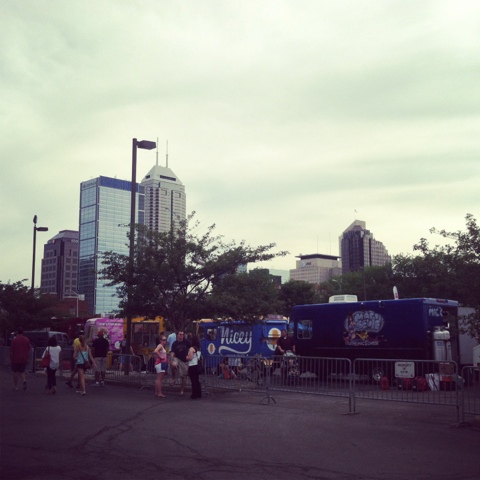 It was a great time. We got there at the beginning of the event, which was good because we avoided long lines everywhere. The event was also cool because there was a variety of food from Asian to Southern, wings and desserts. Some of the prices were pretty reasonable, others, like for drinks, were a bit ridiculous.
I had a porkchop plate from Soul Sista on the move. It was really good. It was $9 and came with 1 fried porkchop and 2 sides. I had the macaroni and cheese and sweet potatoes. Captain Seahorse had a tenderloin sandwich from another one of the trucks. I took a little bite and it was very good.

Captain Seahorse also had a little of his parents’ mac and cheese from the Mac Genie truck. It was covered in bacon and chives. Niece #1 had a hotdog covered in mac and cheese from the same truck. The rest of “the girls” had wings and fries. I heard they were good as well.
For dessert I had an Arnie P popsicle from a handcrafted popsicle food truck. It was amazingness on stick! Great for a summer day. Everyone else had a form of an ice cream sundae. They looked delish! I know Captain Seahorse loved his strawberry shortcake sundae.
After eating we all said our good byes and gave hugs as this was the last time we would see “the girls” for a while. Captain Seahorse and I hit up a mall before heading back to Lafayette. 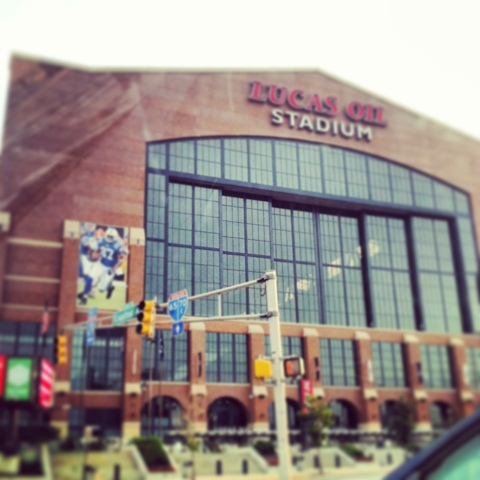 Later that night we decided to go grab a late night meal and a few drinks. We heard about a place called Red Seven before we came up and decided to check it out since they were open until 1. 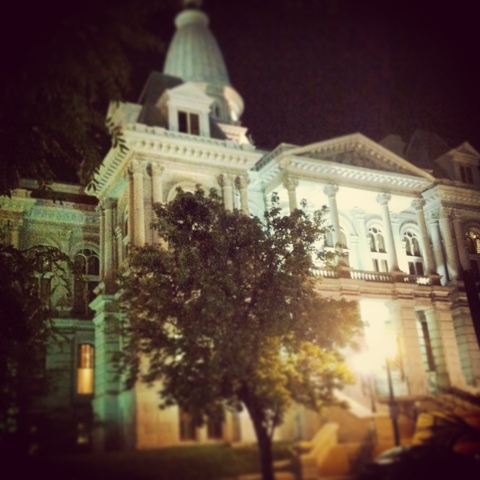 Red Seven is a restaurant in downtown Lafayette. It has a modern design with a pretty big bar area and outside patio. The drink menu is very diverse and has quite a few drinks on it.
When we got there NO ONE was there. Well that’s a slight exaggeration. There were about 3 employees and 2 patrons. I guess everyone was out of town for the weekend. We were told when we arrived the kitchen was closed, which was understandable, but since we wanted to check it out we just had some drinks.
I ordered some cucumber drink. I am not a fan, it tastes just like cucumber and I decided I prefer cucumber taste in my salads not my drinks. I do know cucumber flavored drinks are becoming quite popular, but I don’t think that is a trend I will follow. I ordered it because I saw St Germain as one of the ingredients. Captain Seahorse had the Indiana Apple Cider. He loved it and couldn’t stop talking about it. We will definitely have to check this place out again for food the next time.

After Red Seven, we hit up West Lafayette, right across the river from Lafayette and the home of Purdue. It was pretty dead as well, but that’s to be expected in a college town.

Since we were a little hungry we decided to eat at a restaurant that specializes in calzones, Von’s Dough Shack. It is right in the center of town and is a great place for that late night meal. They have calzones stiffed with almost anything you can imagine. I don’t remember the name of mine but it was stuffed with bacon, salami, pepperoni, monzarella, and marinara sauce. It was pretty good-quite hot. It seemed like it never cooled off. Captain Seahorse had the backyard something or other. He said it was pretty good. He also agreed on the middle being really hot. We sat outside at the picnic tables to eat. They were great for people watching. 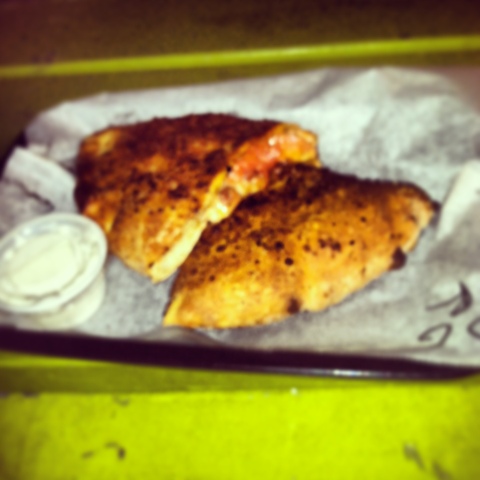 For some reason, I wasn’t sleepy yet so we hit up Harry’s Chocolate Shop. Harry’s doesn’t actually serve chocolate, except maybe Kahlua, but I’m not even sure they have that. It is one of West Lafayette’s most popular bars. It has been there forever and lives by the phrase, “go ugly early or don’t come at all.” 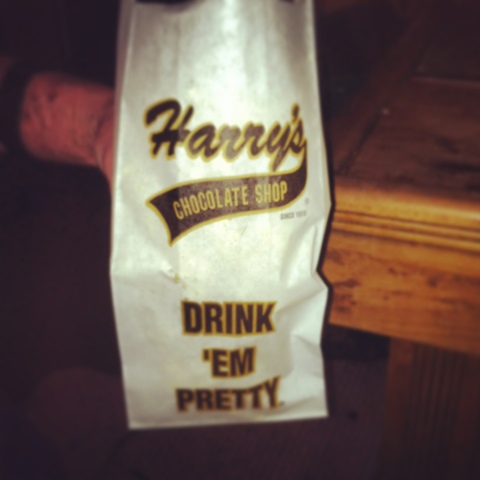 Harry’s was probably one of the busiest places we visited last night-buzzing with summer school students from Purdue. Captain Seahorse forgot we were in a college town and drinks were cheaper than what we are used to. They also have free popcorn near the door.
Great way to spend my last night in Indiana.