While Monday is usually known as the most dreaded day EVER, this Monday is quite different for me. I’ve been looking forward to this day for a while. Captain Seahorse and I are headed to Lafayette, Indiana to see his family, who I have only until today been able to connect with through the wonderful book of faces, AKA Facebook.

Weekend Recap
We had a pretty low key weekend. Both of us worked Saturday, so the hour from 4 to 5 was a highly anticipated one to say the least. Captain Seahorse was eager to do something Saturday night so we gave Ghengis Grill a second chance and saw Monsters University.
Ghengis Grill is an Asian-themed restaurant on Woodruff Road in Greenville, SC. It is quite an unusual concept, as you are the prep chef-choosing your meat, vegetables seasonings and sauce. The staff of Ghengis Grill just cooks it for you and serves it.
This being our second time we were a little hesitant because we didn’t do such a good job prepping the last time. I basically followed the recipe for teriyaki chicken and added shrimp. I was a lot more successful this time. My food was just “ok”, nothing to write home about. I have no idea what Captain Seahorse had but he did enjoy it. 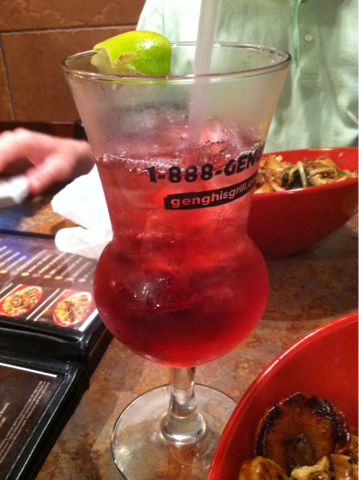 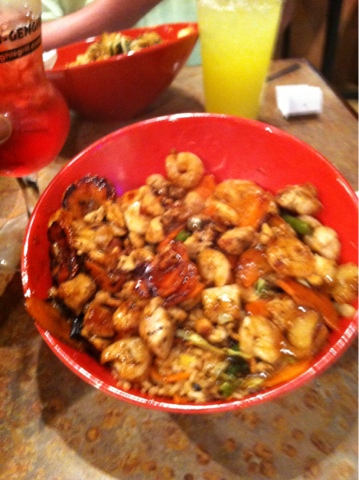 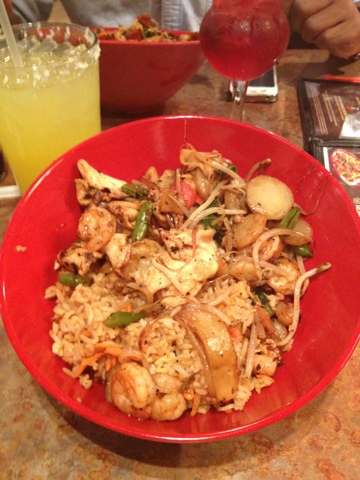 We left there to go to see Monsters University, the prequel to Monsters Inc. Fantastic movie, a must see. It basically explains how Mike and Sully become friends and Randell the enemy.
We also went home and watched The Call with Halle Barry. I recommend this one too if you like suspense. It definitely kept me on my toes and my face under the quilt I was laying under.
Sunday, we both spent the day cleaning and packing-wore me out! After we were both packed and ready to call it a night we had to catch up with Sue and the gang on Resale Royalty on Style and then we watched The Quartet. Great movie! I already love old people-this just made me love them even more.
Headed to the Midwest!!
So like I said before, vacation this year is in Indiana. I’m super excited because I get to meet the “W’s” and visit the northern part of the Midwest. Texas is the only other part of the Midwest I’ve visited.
We left around 8:30am. I slept until we got through Asheville and I stayed up to watch us cross the other states and I could check in on Facebook at the state lines.
Captain Seahorse knows my fondness of medium to larger cities, or as I refer to them civilization. So we planned to stop for lunch in Lexington, Kentucky.
I pulled out my handy dandy Urbanspoon App to find a place for lunch. I saw a couple of places that looked interesting, but Captain Seahorse said he wanted ribs so a BBQ place it was. Unfortunately, when we got to Lexington it was closed. So we went to a restaurant I saw down the street because it was a restaurant I had originally checked out.
Nick Ryan’s Saloon is located just outside of downtown Lexington, Kentucky on Jefferson Street. It is a very cute little place with artwork all over the restaurant, a patio and 2 bars. It looks like it was a historic house, or two, before it made its debut as a restaurant. The lunch menu ranges from soups, salads, and sandwiches to crab cakes and shrimp and grits. 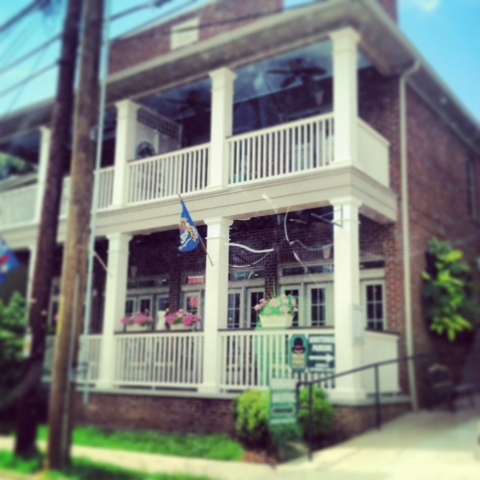 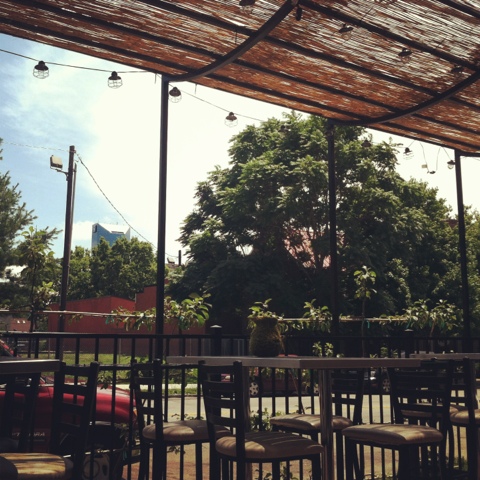 We chose to sit outside on the covered patio where we had an view of pieces of the downtown skyline. I had a glass of the house Chardonnay and Captain Seahorse had a Pepsi. I was a little overwhelmed by what to get because I was so hungry and it all sounded so good. I ordered the special of the day, a pulled pork sandwich with onions and pickles served with a mustard-based sauce and fries. Soooo good and everyone knows I love me some truffle fries. Captain Seahorse had the Rueben. He said it was one of the best he ever had. Too bad we weren’t in Lexington longer, we would definitely have to go back. 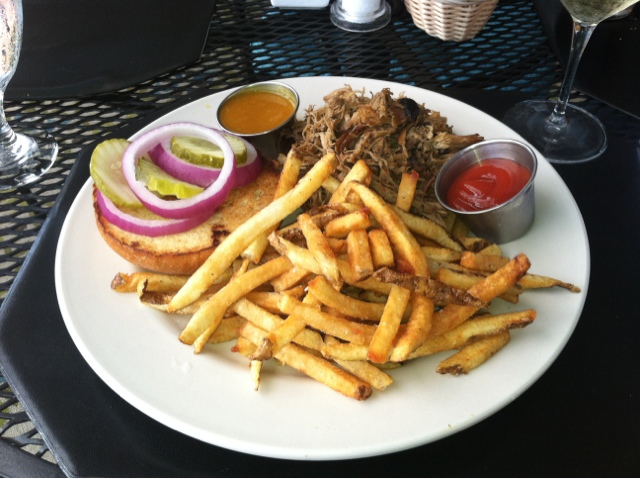 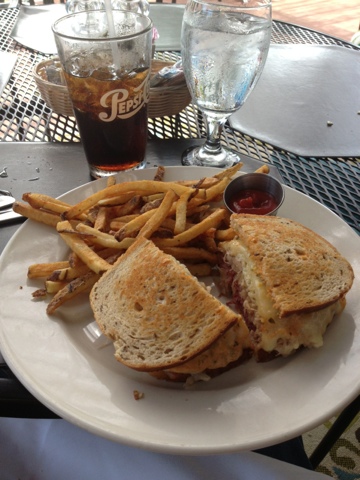 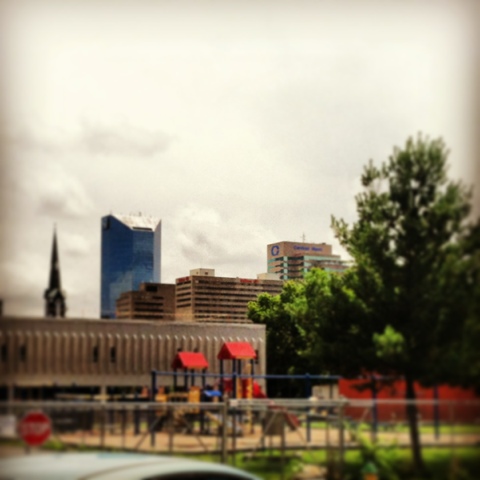 Well we are back on the road and I thought I would just catch you guys up. I hope you all had great weekend. I’m about to catch a nap while Captain Seahorse drives and sings Birdplane.