Yes, I know, I am EXTRA late with this one.

As you already know I had  lovely 5 day weekend off last weekend.  It consisted of lunch with Mr Homewrecker on Friday at the Local Taco. (Review later) Friday night, Captain Seahorse met my co-worker, Mrs Don’t Care, downtown Greenville at the Corner Pocket. This was my first time here. A band was playing that Mrs. Don’t Care’s friend wanted to hear. They were quite FANTASTIC! 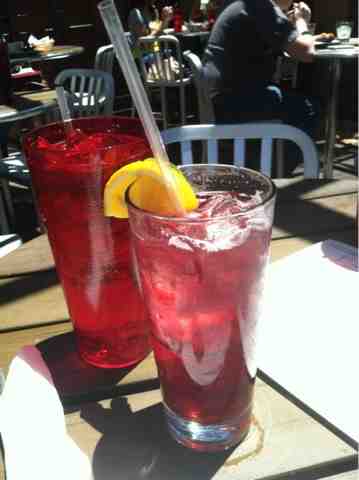 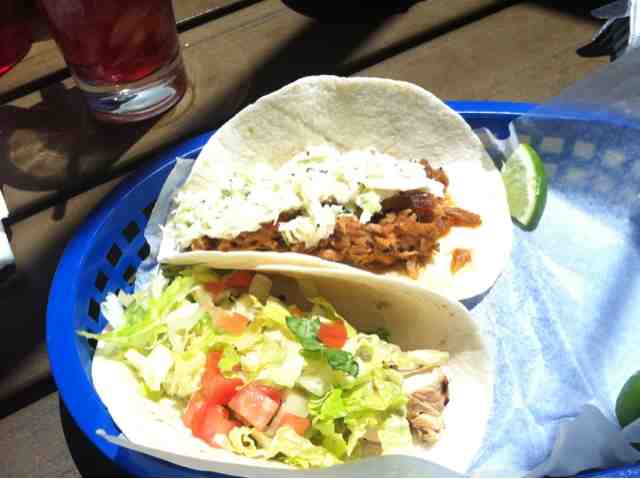 The Corner Pocket is a restaurant and bar located on Coffee Street in downtown Greenville. It has two bars, one downstairs and one upstairs,  along with pool tables in the upstairs area. They are open everyday from 11am until 2am, serving food from 11am until 11pm.

I did order the fried shrimp basket so I wouldn’t be drinking on an empty stomach. It wasn’t too bad for just needing to eat something. Captain Seahorse didn’t eat anything.

The night was filled with lots of laughter, a little dancing, great music and fantastic people watching. Speaking of people watching-in all my years of going out onto the town, I have have NEVER seen ladies pull apples out of their purse and eat them at a bar and drink their own bottle of water. 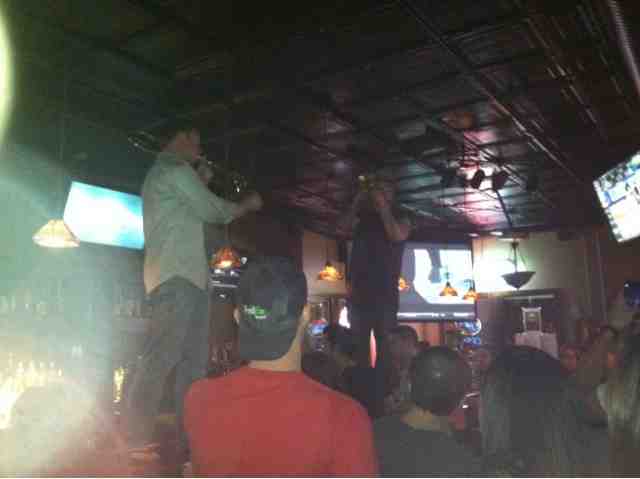 Saturday, our plans to attend the Saturday market downtown and a culinary tour were swapped for lounging around until 2pm and and fun afternoon downtown. We had a late lunch at Green Lettuce USA,  which I for some reason thought was called 50 shades of Green-weird little mediterranean restaurant in the West End. We also checked out Amanda Henry’s Popcorn Parlor. She has almost any kind of flavor popcorn you can think of. 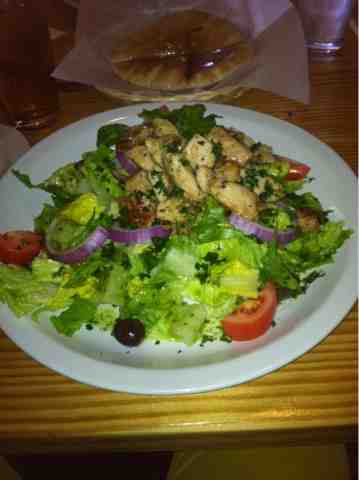 After a nice walk back up Main Street, we ended up at Sip for sangria-it wasn’t the best. I had the red, Captain Seahorse had white. I kind of expected better from them. 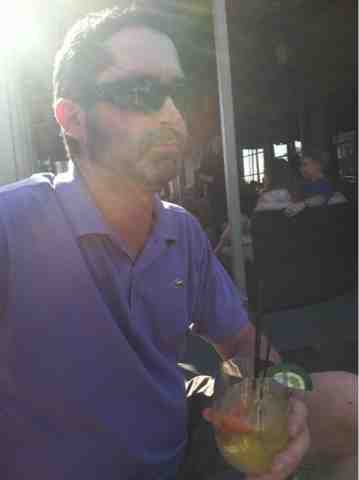 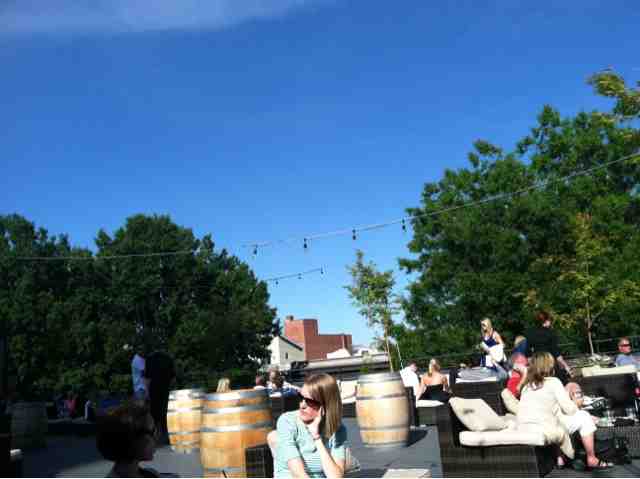 Our afternoon downtown ended with subs, or grinders, from Bellacino’s and a few scenes of Hamlet at Shakespeare in Park. Of course, that turned into a people watching extravaganza, especially since there was a wedding reception going on at the cottage overlooking the park. 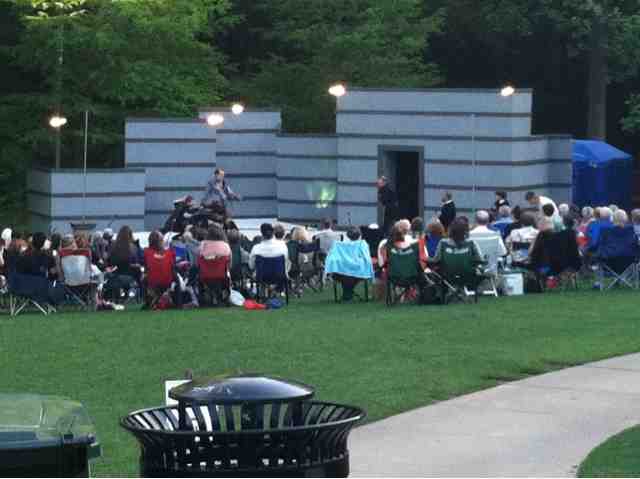 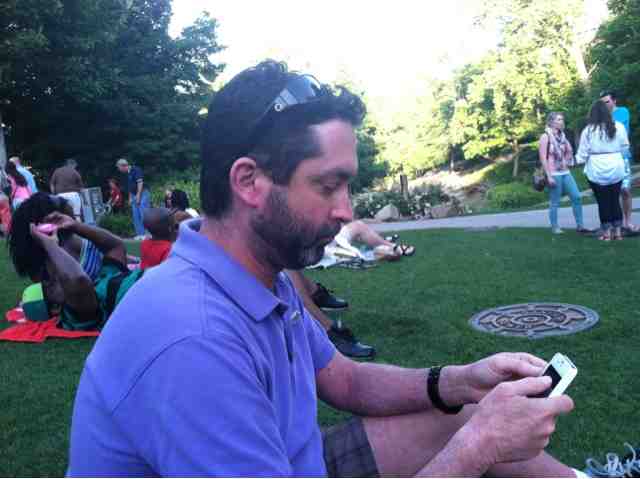 Sunday, we both had to work, but that didn’t stop us from firing up the grill. Well I didn’t fire up anything,  but I did help put it together. Our dinner consisted of steaks, chicken, baked beans and scalloped potatoes with sangria to drink. I made the basic sangria recipe Saturday, and let it sit for almost 24 hours with an extra shot of brandy.  FANTASTIC is all I can say. I can’t wait to make more. 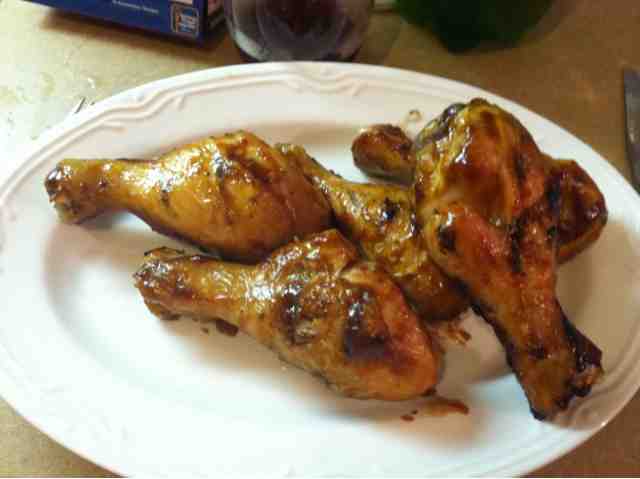 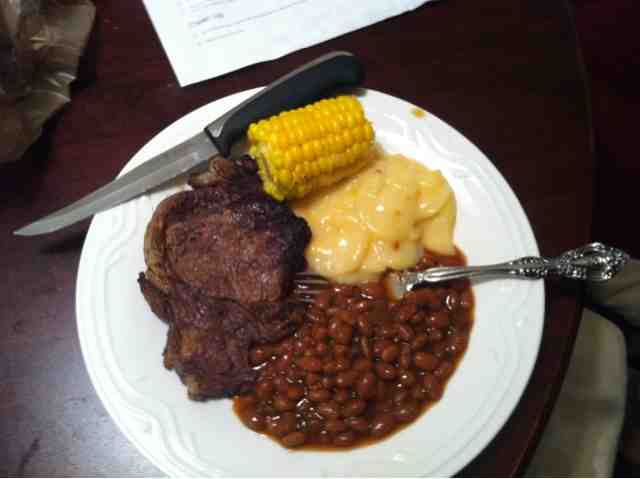 I hope you all had a great weekend, and week I guess would be appropriate now. I’ll catch you later.