So, tonight Captain Seahorse and I met my friends Mr. Homewrecker and the Brulee’s, Marilyn and Alexander, at downtown Greenville’s newest restaurant, Gringos, for a Cinco de Mayo dinner.

Gringos is located on Camperdown Way, just off of Main Street. The owner brought the Blueberry Frog to downtown Greenville. It has a very laid back atmosphere- decorated with bright colors, hand-painted murals, and little statues throughout the restaurant, one who was nicknamed the “mexican Dorthy” by a customer who was leaving. There is also an outdoor patio upstairs. The menu at Gringos, while serving tacos, burritos, and quesadillas as expected, has a twist and plays on some American favorites as well such as chicken and waffle tacos and philly steak tacos.

Being that today was grand opening day and Cinco de Mayo, we expected a few bumps in the road, but not like the potholes we encountered.  The Brulees arrived first and said it took 3 people to seat them. When Captain Seahorse and I arrived we were briefed on the menu and the day’s specials-$2.50 Coronas, $4 margaritas, only the front half of the menu was available and no guacamole.  Yeah that’s right, no guacamole!  Marilyn and I both ordered strawberry margaritas. When they finally came, we both agreed the margaritas were pretty good, until we got a nice dose of salt from the bottom of the glass. We also had chips, salsa and queso. Some of the chips weren’t fully fried, but the ones that were finished were great with the salsa and queso, which had jalapenos.

We then ordered our food and Mr. Homewrecker arrives. I had a philly cheese taco, seared shrimp taco, and carnitas taco. They were all very delicious. Captain Seahorse ordered the Ashville taco and the fried shrimp taco. He said the fried shrimp taco was good, the Ashville- “eeeehhhhh” not so much. Captain Seahorse also tried to order the chicken and waffle taco, but they were out of waffles. Marilyn Brulee and Mr Homewrecker both had the baja fish tacos. They agreed they were very good. Marilyn wanted dessert, which we weren’t sure they had since it was on the side of the menu we weren’t suppose to order from. We asked our waitress and she said all they had were churros. She also told us they were a descent size and cut in half. When they arrived they were 1/4 of the size we expected. When we recieved the checks, I was the only one who paid with a card and somehow the Brulees ended up with my card and their ticket. I’m not sure if the waitress wasn’t paying attention or what, but we did address the situation and she fixed it for us with no problem.

Overall, we agreed Gringos deserved a “c-” for the experience even with no guac. The food was tasty, but the service could use a little help. We did agree to give Gringos another chance after they get the opening jitters out and the full menu is available. Not sure when or what the next adventure will be, but stay tuned. 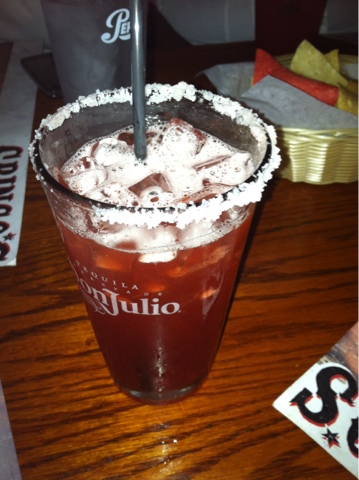 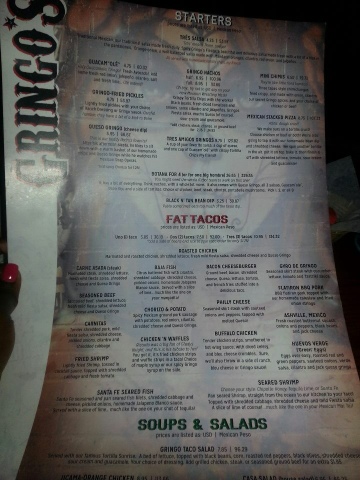 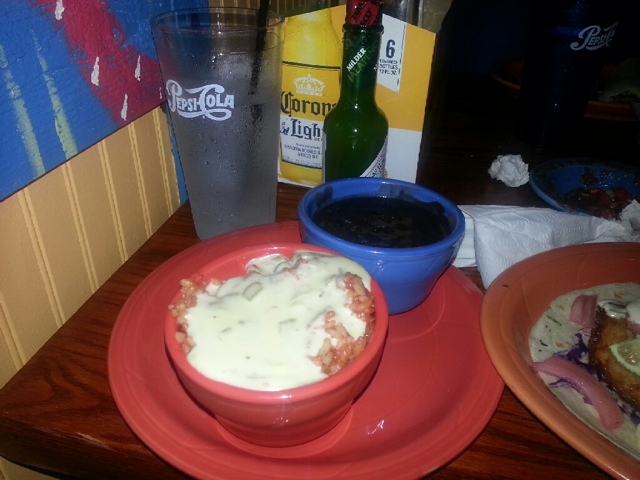 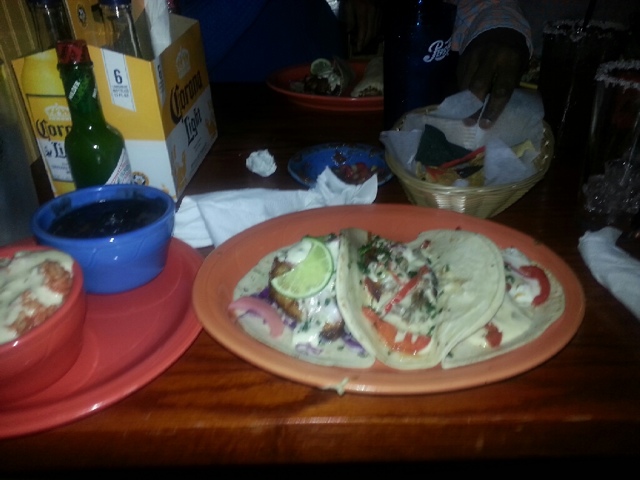 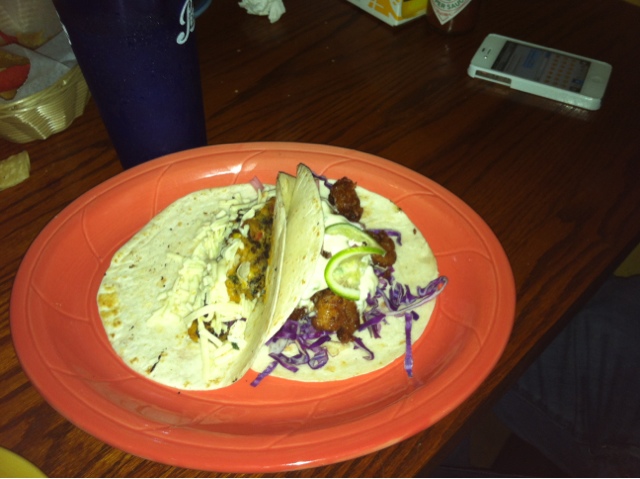 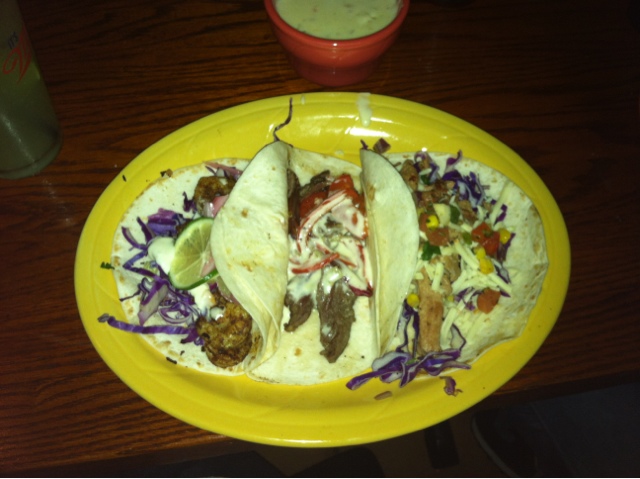 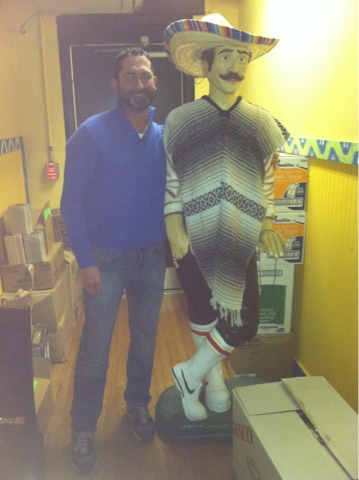