So it is very rare Captain Seahorse and I get an entire day off together.  We generally try to plan things a month in advance to match our schedules up and even then things get changed. So our plans yesterday were to head to Carowinds and hang out in Charlotte for a little while. Well I had been keeping track of the weather all week, and the forecast kept changing-one day it said rain, the next it was sunny. So the call was made at 9 am to go on to Charlotte because Mr. Sun looked like he was going to come out to play.

As we head up interstate 85, the clouds start to roll on in causing us to question what we should do. We stopped for gas shortly after we passed the 8th wonder of the world, the Gaffney Peach. As we were leaving the gas station, the rain began to come down. We sat there and  had a full on discussion about which direction of 85 we should take. Captain Seahorse also foumd out during this time that he should not trust the weather channel app on his phone. It said all of the rain was near Georgia and we were clearly sitting in a downpour.  We decided to head on to Charlotte, if anything we could just go shop. About 30 minutes later we hear Captain Seahorse’s new favorite song, Bird Plane by The Axis of Awesome.

We soon arrived at the “thrill capital of the southeast”. This was Captain Seahorse’s first time at the themepark in YEARS, so a lot had changed since then. Our first ride was THE INTIMIDATOR and it was quite intimidating. Sitting at 232 feet, it is one of the tallest, fastest, and longest rollercoasters in the southeast. After riding that we opted for something a little less intense, so we found a smaller rollercoaster. We both had headaches after riding this one. It was TERRIBLE!

It was now time to eat some of this fantastic gourmet themepark food. We found a country kitchen restaurant just around the corner from our 2nd ride. This restaurant was chosen for one reason-turkey legs! Captain Seahorse makes it a point to get a turkey leg whenever he is near one. I ordered a “hand-pulled” pork sandwich.  It wasn’t too bad, but it definitely wasn’t Carolina bbq. Captain Seahorse said his turkey leg was below average but that didn’t stop him from eating it all. Then the craziest thing happened,  he got sleepy!  I told him there was no time for a nap, we had rides to do.

The next ride was a haunted house meets a video game type deal. Captain Seahorse wanted revenge from getting demolished on the Toy Story ride at Disney World last year. Unfortunately for me, my gun didn’t work very well so I lost, 600something to 170. I will redeem myself though. We also rode Thunderroad, which is an old wooden coaster. Captain Seahorse did not like this one at all. I think his stomach stayed at the 1st drop. There was also a fantastic 3D dinosaur movie.

After Carowinds we headed to Southpark Mall. I needed 2 things-leopard print loafers from Aldo and cheesecake from the Cheesecake Factory. Somehow this quick little trip turned into an evening of shopping.  Captain Seahorse was on the hunt for something to wear to tonight’s Red Party, but had no idea what he wanted. After visiting about 5 stores, he found a sale he couldn’t resist-buy 1 get 2 free pants and they had exactly what he needed, red pants. I on the other hand didn’t get so lucky. The shoes I wanted were sold out. We did make it to the Cheesecake Factory. I got a slice of dulce de leche cheesecake and Captain Seahorse got the red velvet. (If you haven’t had the red velvet cheesecake,  it is AH-MAZING!)

On our way out of the mall we decided to have dinner at California Pizza Kitchen. We ordered the Sicilian-thin crust pizza with spicy marinara, salami, ham, italian sausage and cheese. It was quite delicious.  I also ordered a red appleberry sangria. It wasn’t too bad, better than most sangrias I’ve had. The good thing about the drink was it put me right to sleep. I slept all of the way home.

When we got back to Greenville, we hung out with a friend of Captain Seahorse and his wife. We had a great time and tried some new wines. Well that about sums up my amazing yesterday. I must go get ready for the Red Party. See y’all tomorrow. 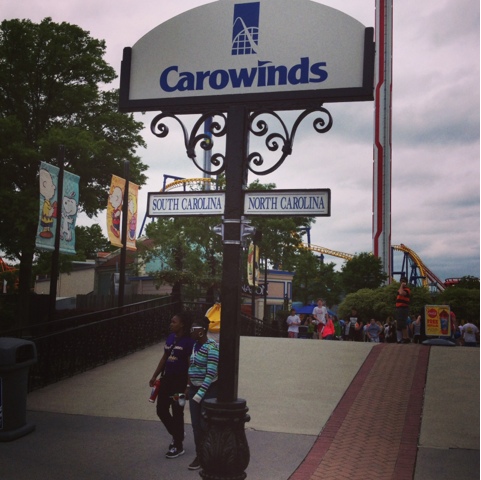 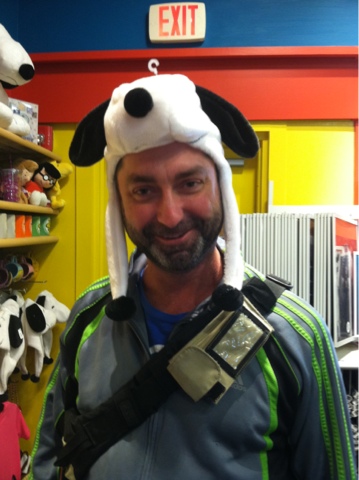 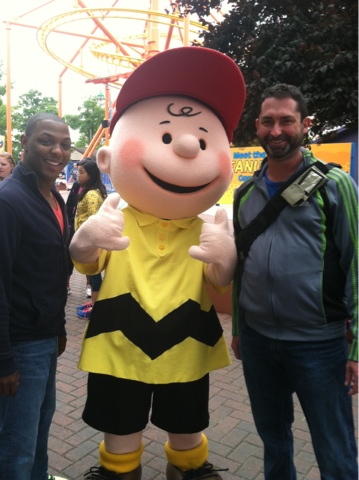 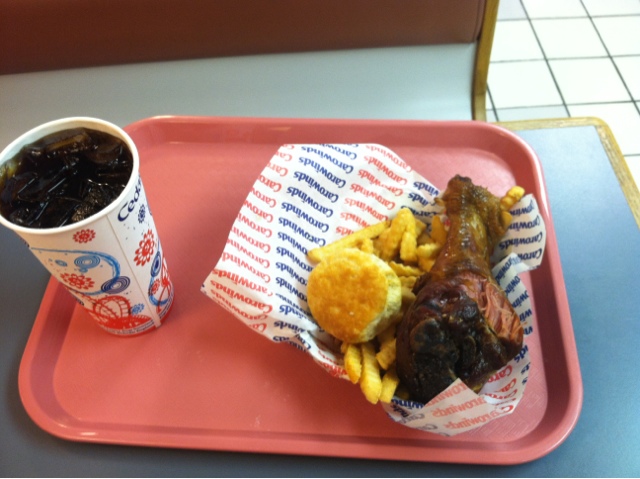 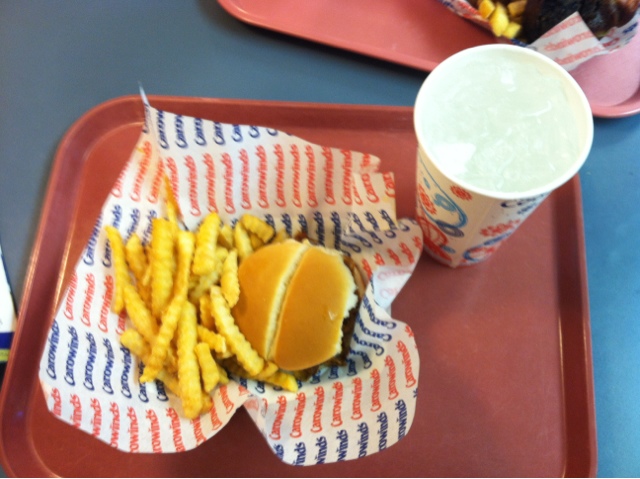 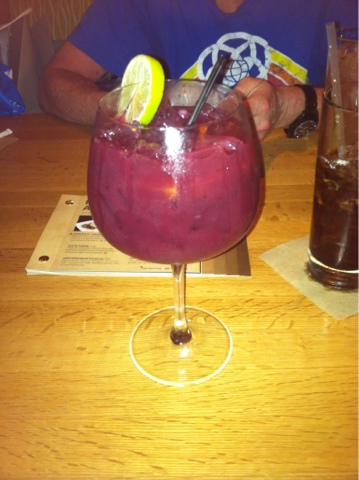 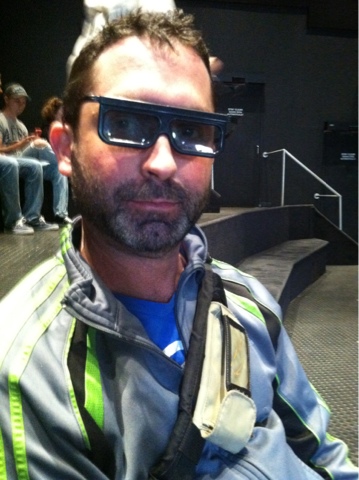 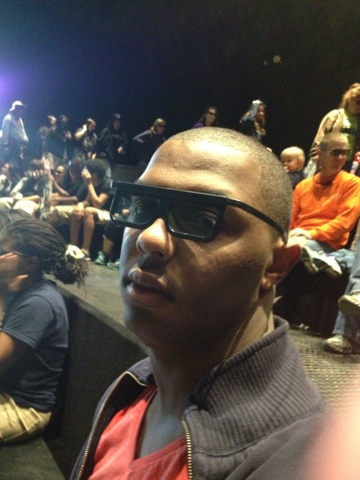